We recently installed several Transformit Ready-Made elements (nine circle flats, and a big Dazzle) overhead at Gorham’s new Sullivan House Bakery.  Owner Nancy Ames, after a career in the insurance industry, decided it was time to follow her lifelong passion of starting up a small bakery. 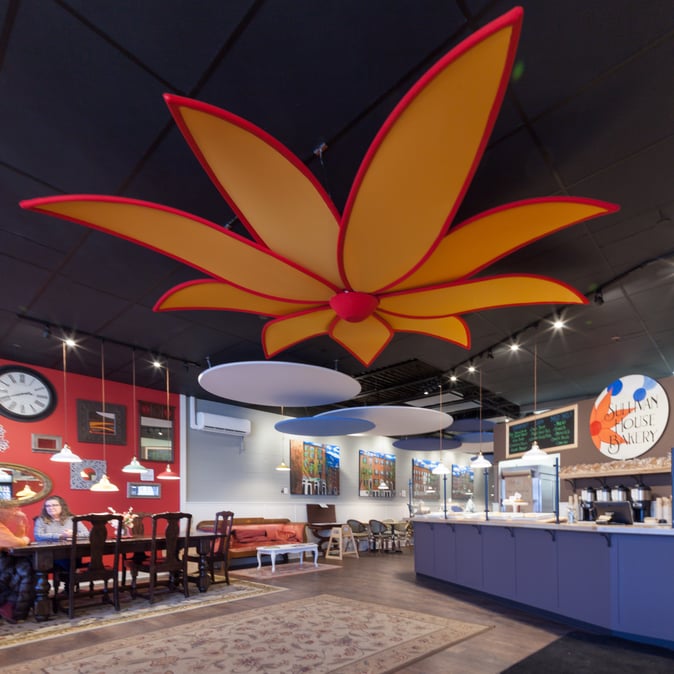 This was not to be easy during a pandemic. With the help of her husband (a creative designer and carpenter), a flexible landlord, supportive Town of Gorham officials, eager workers, artists, and Transformit’s crew, the positive outweighed the challenges, and a stalwart new member of the local community was established. 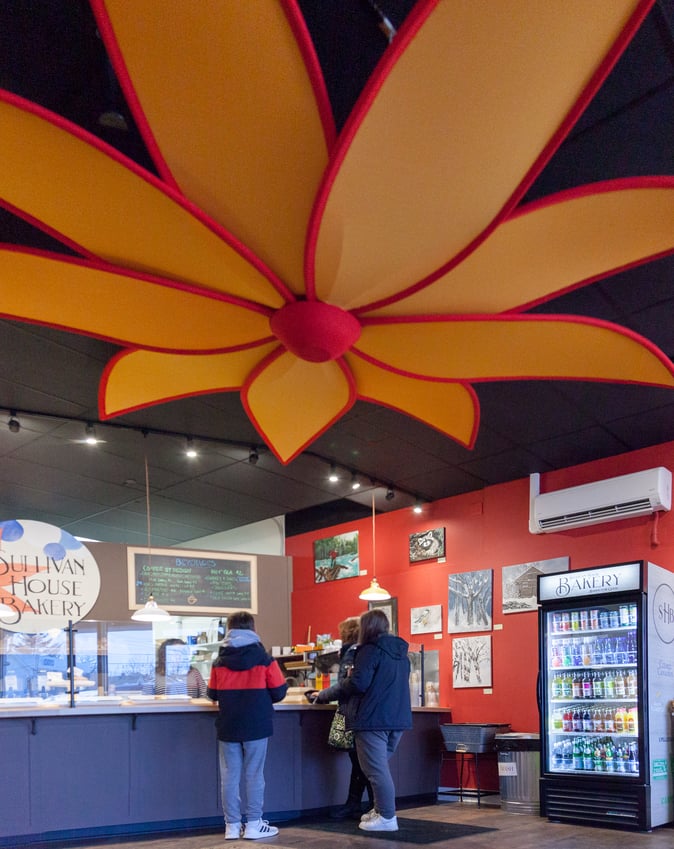 How the Sullivan House Bakery Got its Name
Nancy Ames: Growing up at the dinner table, we kids weren’t told to “Think of the starving children in India!” My parents would say, “If you don't like what's on your plate, you can go to The Sullivan House.”
I had no idea if the Sullivan house was an orphanage, or a soup kitchen, a neighbor, or even if it was a real place. But we all knew what the name meant!
When I decided at last to follow my passion (during the pandemic, and with a kick from the boss who laid me off from my 30+ year career), I needed a name for my new bakery. I had to find out more about the origin of The Sullivan House. Here’s what I learned from talking to family members:
It was my great- great-grandfather who would declare, “If I don't like what I'm served, I'll just go to The Sullivan House!” 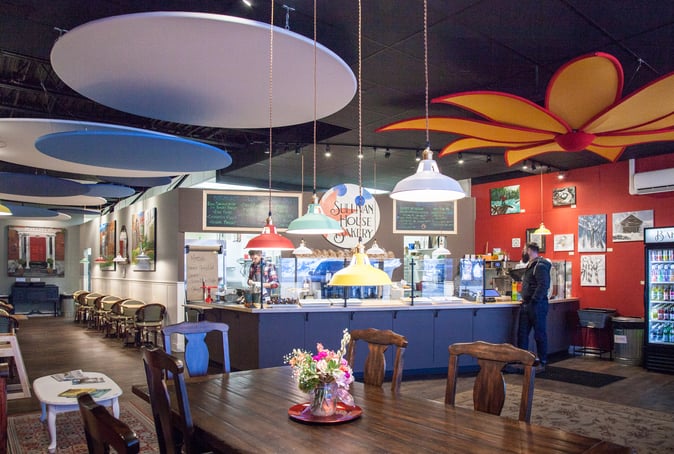 Indeed, the Sullivan House is a real house, built on Boston’s Beacon Hill in the late 1700’s by Hepzibah Swan and her partners, who constructed most of the houses on Beacon Hill. The partnership did well and Hepzibah built Beacon Hill homes for each of her three daughters.
When daughter Sarah married John Sullivan in the early 1800s, her home became their home, and their home became the home on Beacon Hill for lively parties, dancing, and free-flowing liquor.
I doubt that my great-great-grandfather, who lived in West Roxbury, would have been welcome at the Sullivan House, but I’m told he had very good taste!