The designers at Ralph Applebaum Associates wanted a special ceiling for an exhibit at the University of Arizona Alfie Norville Gem and Mineral Museum. The museum’s exhibits trace gems and minerals from their origins in mines all over the world to production facilities where they are cut and polished, to jewelers who mount them in their final settings. The final exhibit is the Treasury, in which are displayed the museum’s finest examples of gemstone jewelry, worth millions of dollars. 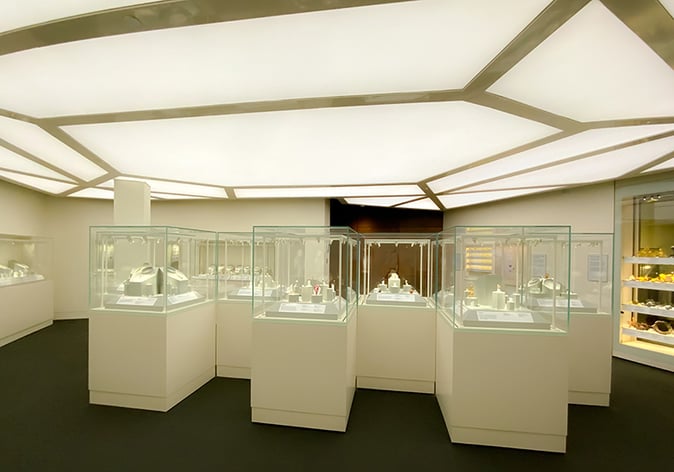 This internally lighted 700 ft2 ceiling completely covers the Treasury room. The designer and the owner wanted a ceiling that appears as if the visitor were seeing from inside a large, faceted jewel. The designer specified LED tape-light strips, placed above a fabric diffuser, and operated by a single remote dimmer.

Each display case has its own item-specific micro spotlights, which highlight the individual jewelry pieces. The dimmable fabric ceiling above provides low-level lighting for receptions and events, brighter lighting for better readability of the item cards, and the brightest light, used when cleaning and changing exhibits.

Bid documents specified 24" of clearance between the LEDs and diffusion fabric, but a site visit revealed we only had 8" of clearance.  With so little space above the elevation of the ceiling height, the individual LEDs would show through the diffuser. This challenge was solved by the placement of a second diffusion layer above the ceiling fabric and below the LEDs. 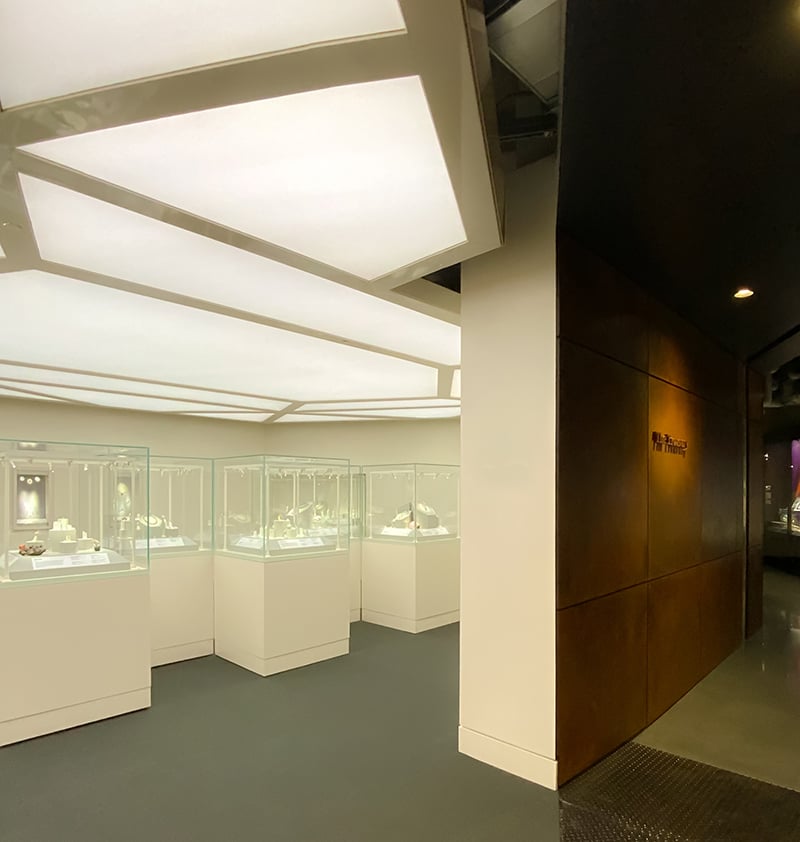