Just six months ago, we were proud to complete an interactive exhibit featuring Ashley Bryan's Beautiful Blackbird (one of his more that seventy children's books) at the new Children’s Museum and Theatre of Maine. 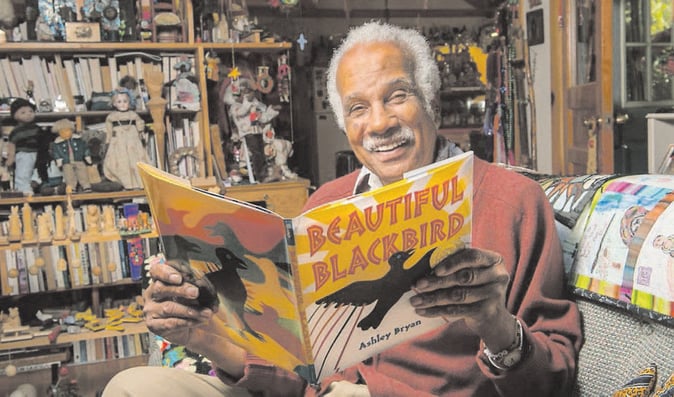 The exhibit begins with an introductory video in which Mr. Bryan dramatically and playfully reads the book to young students.

After the reading, students bring a (video-projected) tree full of birds to life by flapping their arms and dancing in front of hidden sensors that translate their movements to the birds. 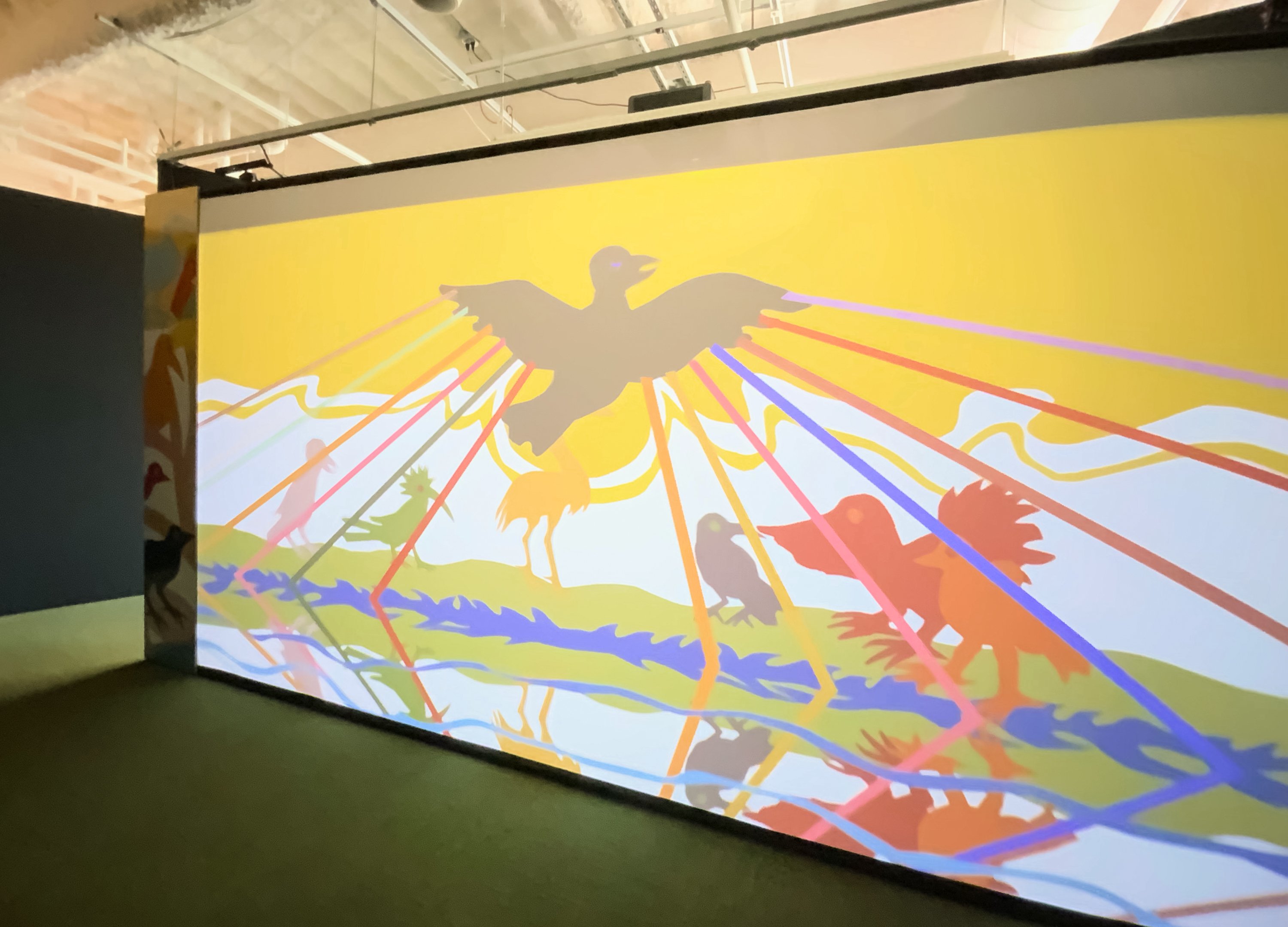 Earlier in this month, Mr. Bryan passed away at the age of 98.

Ashley Bryan was born in Harlem and raised in the Bronx, in a home full of art and music.
He attended Cooper Union Art School, the only Black student at the time. He had applied to other schools in person, but was rejected. "He was told 'This is a wonderful portfolio, but why would we waste a place on a colored person?'" said Nick Clark, a longtime friend and founding director of the Ashley Bryan Center. "This was 1939. It was a different world then.”

After serving in the Army in WWII, Mr. Bryan completed his degree at Cooper Union, and went on to a long teaching career at Queen's College, Philadelphia College of Art, Lafayette College and Dartmouth College.

He found his way to Maine after the war when he attended Skowhegan School of Painting and Sculpture, and lived on Little Cranberry Island for sixty years.

Read the full obituary by Rachel Ohm of this wonderful artist and teacher at the Portland Press Herald.
rohm@pressherald.com 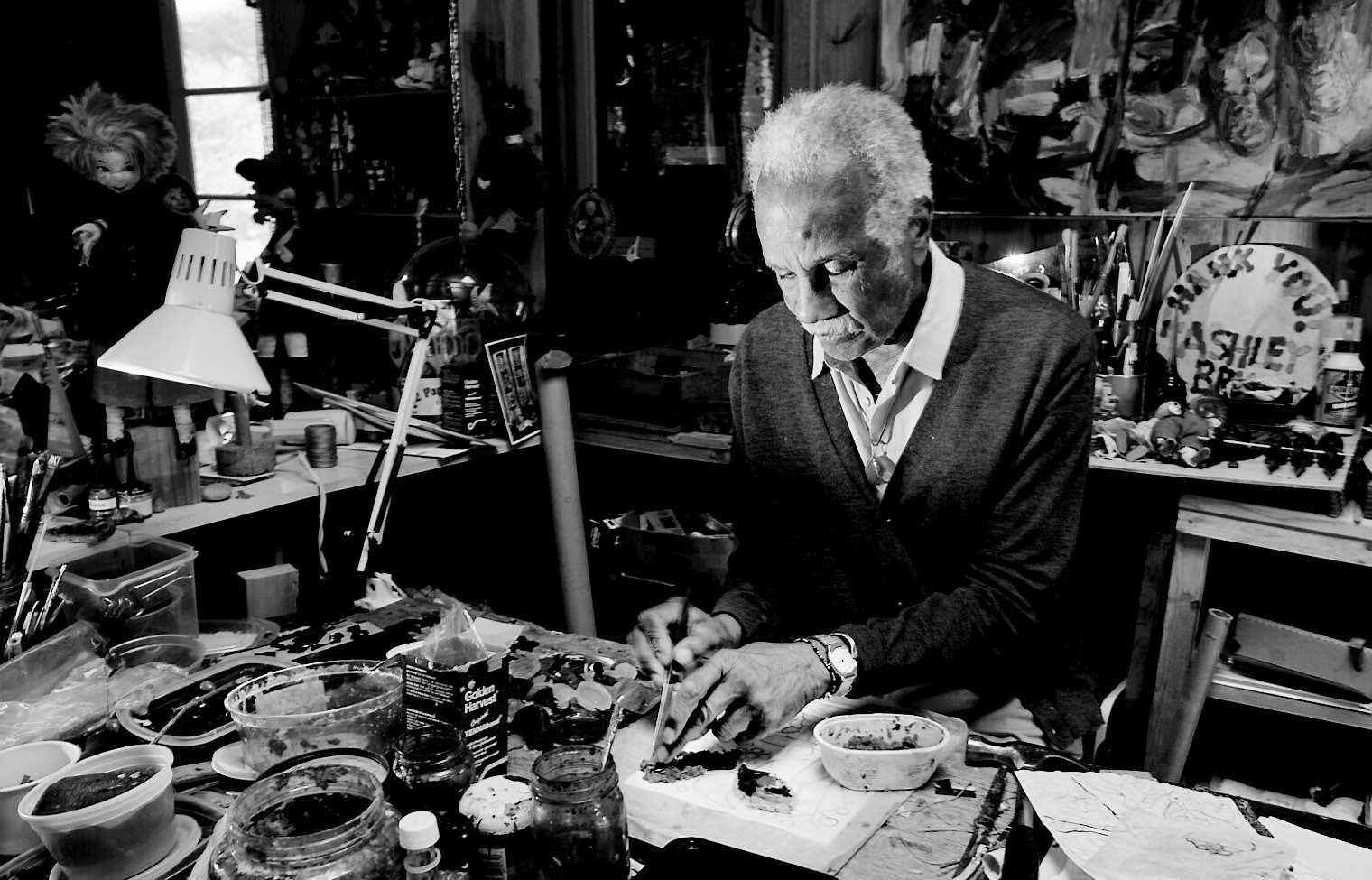 photo by Gabe Souza for the Portland Press Herald