This Museum is About (Day)light

Transformit made and installed more than 400 fabric ellipses into the top of the fiberglass coffers in the ceiling.  These ellipses are in five fabrics chosen for their varying transmissivity, and are mounted such that they are not seen as separate elements.  The different fabrics allow the museum to subtly change the character of the light in each gallery, and can be interchanged to accommodate the needs of new installations.

The system was refined prior to construction in a full-scale building/ laboratory in which prototypes of every element were installed, and light levels were measured in every part of the room.

"Most museums are just too closed to natural light, perhaps because they’re afraid of controlling it." Thomas Phifer, Architect 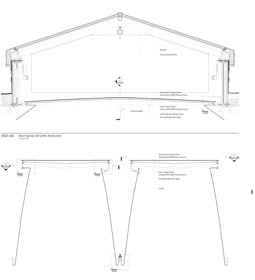