Designed by Colin Brice of Studio Mapos in collaboration with Tranformit’s team and Focus Lighting, the sculpture takes inspiration from two sources: the classic Japanese paper lantern, and the layers of a wristwatch’s construction. Like a watch, the sculpture is complex and intricate: every part depends on and affects every other part. Like a paper lantern, the sculpture, which is lightweight and compact when not in use, becomes a beautiful large glowing volume when suspended and illuminated.

The store’s Times Square location is memorable, but the space is small. So assembly and  installation of the sculpture was a bit like building a ship in a bottle! Thankfully, we were included in the design phase, and were able to engineer a structure that could be assembled by mere humans.

Citizen Watch Company started in 1930, when they began manufacturing a watch of Swiss design. “Better Starts Now” is a condensed statement of the company’s philosophy of continuous improvement and innovation. Opening the flagship retail store is part of a worldwide marketing effort led by advertising agency Wieden+Kennedy, who helped Nike conquer the world. 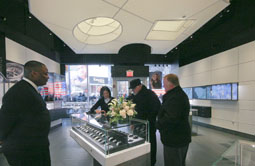 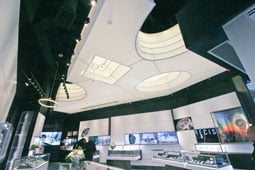 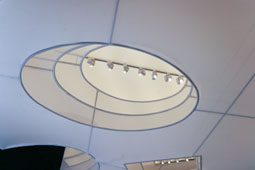 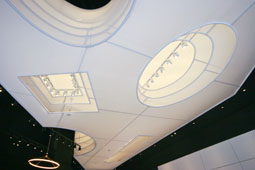